Thursday night will live in the memory for a long time. I was seriously ill about five years ago and I'm not suppose to drink anymore although I do have the odd libation if I'm careful. However the planned early exit from a 50th birthday celebration at work failed to materialise and it turned into an all evening session. Such was the shock to the system that I was still somewhat under the weather yesterday morning when I teed the ball up (carefully) for the first round of the Longhurst Cup at Royal Ascot. This is a medal event, played over two rounds over the bank holiday period. Entrants can choose which two out of the three days they wish to play and I went for Saturday and Monday to fit around my playing partners. 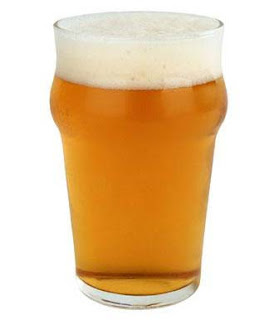 My partners for the opening round were my regular partner Mike Stannard and Matt Davis, aka Sundance who continues to impress with his form and was fresh off a win in the midweek medal on Thursday. He shot an impressive gross 77 (nett 62) and enjoyed a handicap cut from 15 down to 13. Mike too had a strong showing and recorded a gross 76 (nett 66) of his own so I was in a tough school and despite my fragile state expected no sympathy.

Things actually started remarkably well. I found the left hand bunker off the tee on the 1st but splashed out to about seven feet and holed the putt for a par. I rolled a fifteen footer in for a birdie at the next and by the time I walked off the 4th green was level par and feeling no pain. Indeed it wasn't until we reached the 7th that I had my first real crisis and even then I thought I was doing the right thing. My tee shot was a little too far left and brought the big oak tree that protects the left side of the fairway into play. Having had issues with it in a recent medal, the plan was to take a mid iron and play past the tree short of the green and leave a simple pitch in. I managed to negotiate all of these elements but the putter forgot to join in and a dismal three putt cost a double bogey. I bounced back with a par at the short par three 8th and then had issues with the 9th hole again.

I found the fairway with a good drive but the second wasn't so clever and headed towards the right hand bunker. In truth the hangover was kicking back in and the tablets were wearing off but to be fair the shot I was faced with was tough. The ball was on a steep upslope but I couldn't get a solid stance inside the bunker and had to perch precariously with one leg in the sand and the other outside the bunker. Even stone cold sober it would have been tough but with balance still being an issue the end result was never going to be ideal. I got it out and then hit two woeful chips for a triple bogey. I was still out in 41 (+6 gross) and level with my handicap.

Two pars to open the back nine were welcome relief as my swing was beginning to suffer as I was physically and it was all becoming a bit painful. Another double bogey from nowhere at the 12th courtesy of poor short game execution and the ball spinning as I looked down on it stopped the show but a fine chip and putt for par at the 13th steadied the ship if not the head. On the 14th I sprayed it way right and it ended up on the 13th tee sitting beautifully on the prepared tee box. It enable me to hit a hybrid onto the green for a very unlikely par.

However to be honest that is where the luck ran out. Feeling dog rough the swing started to go south and I dropped a shedload of shots including back to back double bogies at 16 and 17. However I managed to give myself a stern talking to and braced myself on the 18th tee for one final tee shot. I hit it great and the second shot left me with 134 yards to a flag located at the back of the green. Playing into the wind I took one more club and hit it great but it still only found the middle of the putting surface. Two good putts and I'd made a solid par.

I came back in 42 (+7) for a total of 83 (nett 70 - level par). Given the fact that I really just hit it without any pre-meditation on the back nine and threw a fistful of shots away throughout the round but particularly the last four holes it wasn't a bad score. In these events you can't win it after the first round but you can definitely play your way out of contention. Mike did reasonably well and pipped me by a shot to sit on nett 69 (-1) and although Matt didn't have a great back nine and finished a little adrift his round on Thursday shows he's capable of going low in the second round.

By the time I tee it up on Monday I'm hoping all will be good. Whether that means I'll play with the same inhibitions I had for the front nine at least remains to be seen. However I'm in the mix and it's all about trying to put another steady score together and then seeing how it pans out. It is not in my control and I can only play as well as I can.

However let me finish on a cautionary note. If you are told not to drink to excess, follow that advice. Even in my wildest party days I've never had a hangover like it. It wasn't big and it wasn't clever and as we all know it's not good to drink and drive (especially my back nine).
at August 28, 2011