Shhhh - Keep It To Yourself

I've written many times on here about the inner demons that haunt my golfing psyche, especially in the short game zone, but that also seem to prevent me from always taken progression from lessons and practice onto the course. I asked Santa for some trust (http://threeoffthetee.blogspot.co.uk/2013/12/dear-santa.html) and have spoken a lot about working more on pre-shot routines and becoming stronger mentally.

I have something rather special coming up at the end of the month that will do everything I need. At the moment this is top secret. All I can divulge is this is at The Grove courtesy of Mike Harris, editor of Golf Monthly, and that it is an ongoing project. 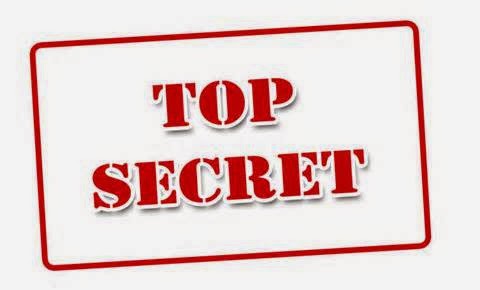 It isn't the first time I've been to The Grove with Golf Monthly. A few years back I took part in Powerplay Golf, a nine hole concept based on two flags per green, with a white and black target to aim for. You had to nominate which flag was in play on the tee and had to pick three black flags, worth double stableford points, in the nine holes. It was good fun, but sadly a concept that has seemed to have failed to develop since.

Everything about The Grove speaks quality and it's a first class golfing venue and so I am very excited about the day being planned. There is something going on in the morning, a break for lunch and then onto the course to try the morning work out. Just keep it to yourself for the moment!

This is all to come, but for now I'm ploughing on with the work I've been doing with Rhys ap Iolo at the Downshire. The swing is moving on and the short game, like the course at Royal Ascot, is beginning to show green shoots of growth. Since the disappointment of the last monthly medal which saw the handicap click over to 11.5 (playing off 12) I've had success at Camberley Heath in the Golf Monthly Forum King of King event, winning the day with a net 68. In the roll up games I've played. it has been back to the usual mix of very good and some destructive shots thrown in. Work still to do it would seem in transferring the work I'm doing off course out where it matters.

Back to the competitive arena yesterday in the monthly stableford. I had a superb group with Jim Hanley and Martin Davis (aka "Bash") who play regularly in our Saturday roll up. Always good company and competent golfers in their own rights. "Bash" has a swing that can only be described as unique, but don't be fooled and his twelve handicap is more than competitive and he can definitely play. Jim is a much steadier fellow and manages to rack up the points almost by stealth. It was set for a good day. I'd had a lesson on Thursday and Rhys had tweaked the swing a fraction. That is all we're doing now, refining what I have and just trying to eliminate the series of bad habits I've accumulated over the last twenty years.

My round started off poorly with a pushed drive. Blocked by the line of trees to the right of the hole I squeezed a shot to the fringe of the green, no more than fifteen feet away but then managed to three putt. A good drive and second at the par five second should have set up an easy nine iron into the green. I caught it slightly heavy. A good chip kept on running and I couldn't save par from eight feet. My indifferent start looked to have continued at the third with a bad drive right. It was compounded by a bad hybrid that finished in the heavy rough lining the right edge of the hole. The pitch only found sand and a double bogey loomed. I splashed out to twelve feet and then coaxed the putt home. A great save that should have kicked fired the round. A great drive at the fourth was negated by a heavy strike with a wedge into the green that came up short. The forty foot putt from the fringe was good but I missed the five footer for par.

Things improved after that I played the rest of the front nine in two over par gross, dropping shots at the tough seventh and the ninth that played into the teeth of a strengthening wind. The topped second at the ninth put some pressure on but I took two clubs more than normal and coaxed a six iron into the green from 135 yards. Two putts and a nett par took me out in seventeen points.

I had a chance at the tenth to get that shot back but missed the green left with my approach from 137 yards. I made a good chip which was pleasing for the soul but with no green to work with and the putting surface running away, eighteen feet was as close as I could get.

If I'm honest the back nine was a mix on some poor execution and some good recovering. I carved a horrid hybrid miles right at the 186 yard thirteenth. With a large tree in the way, aerial wasn't an option. I hit a good pitch and run to twenty feet and somehow managed to salvage par with a single putt. The fifteenth cost me a shot, thanks in main to a poor second shot into the rough on the right and a missed green with the approach. I got that straight back at the 425 yard sixteenth. Drive of the day left 198 yards and my hybrid ran to the back of the green. Two putts later and a safe par.

The penultimate hole has been a bit of a trial recently. It has out of bounds down the left and heavy rough to the right although to be fair it shouldn't come into play unless you hit a bad shot. I've lost several left in recent weeks but went right into the rough. It was a bad shot and although I hit a good sand wedge in, the long grass prevented any spin and the ball trundled on, before falling almost apologetically into the bunker left of the green and finished close to the lip. I got it out well to twelve feet but the missed putt meant no points.

In the end, my thirty three points was a fair return. Not enough to prevent another 0.1 increase in the handicap and given the change I've been working on, it was reasonable. The changes to posture and turn are big in the scheme of things and having come from many years of hip slide, courtesy of the foundations I had as a junior, it is a hard thing to change to something more rotational. Look at this swing sequence of Johnny Miller and you get the idea 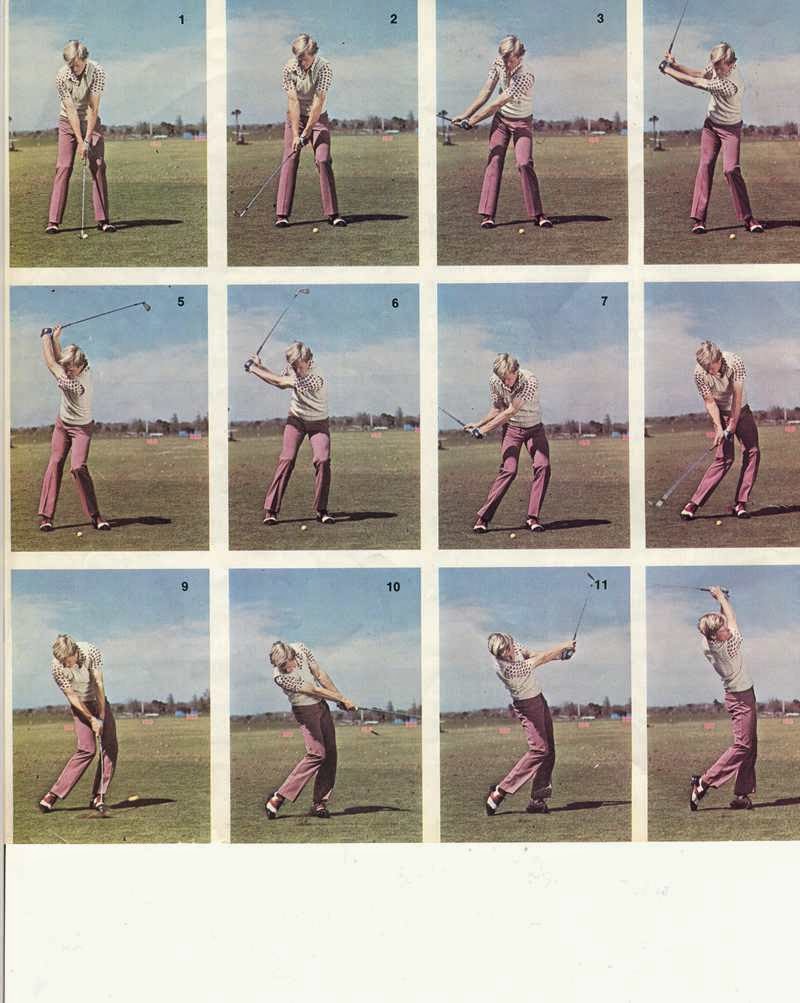 It's coming along step by step and I am working hard to bleed the changes into my game and take the range work out on the course. This is where my top secret day at The Grove is going to come in. It's going to give me some tools to be a much stronger player. With technique and mental robustness about to align into a powerful force I am still confident that 2014 is going to be a stellar season. If I can play mediocre golf and still card thirty three points, then the signs are good. Last year the same mediocrity would have been anywhere from 26-30 points and so that in itself is progress. I have work to do on the way I turn, into the coil and then into impact but when I get it right now, I hit it better and longer. We all want that don't we.

I've a playing lesson with Rhys in the diary for Friday so I can go out and show him how it's going on the course. I'm hoping he can give me some pointers, especially to eliminate those killer shots, usually off the tee. At Camberley Heath I drove the ball beautifully and so it was no surprise that I was able to score so much better. I'll keep plugging away at the short game, working on a bulletproof technique and continue to make the posture and turn changes more permanent. I'm in a good golfing place, and despite an early season handicap rise, the day at The Grove and the work Rhys is doing will provide long term dividends. Things are coming together bit by bit and no point peaking too soon! It is The Masters at Augusta this week and like many others, to me this signals the start of the golfing season proper. Time to get busy. Until the next time, Homer out
at April 06, 2014