Beware The Lure Of Shiny Objects

In the end the weight of my duvet first thing Saturday and the heavy overnight rain were enough to persuade me that a round in what racegoers would call good to soft, heavy in places, wasn't really high on the agenda. Truth be told I woke up not feeling too grand anyway and so decided that a day off from all things golf was the order of the day.

I woke up in much finer fettle yesterday and decided that a good range session would be beneficial given the lack of practice (no range sessions at all last week) or golf I've had over recent weeks. Now, as I've described on here before I'm working on a specific feeling, to try and be on top of the ball at impact more so than I have been. Apart from one magical day several weeks ago where it all slotted into place I have to say it has been a bit of a slog. I'm not hitting it badly, and perhaps I'm focusing too much on the technical rather than letting it flow after all the work I've put in (wouldn't be the first time that accusation has been made!).

The ball striking was pretty good but let's just say I was directionally challenged. It is getting me down now (and one of the reasons I didn't put any effort in last week at all) and I feel it is so close to being good but it's one small tweak from clicking. I've got my next lesson on Saturday so hopefully the missing link will be found.

Regular followers will know I went to a Ping demo day a couple of months back and fell in love with the I15 irons. Seeing as I had been a good boy recently I was allowed out to try some more clubs. In particular the MP53, 63 and the JPX 800 and 800 pro from Mizuno as well as a revisit to some Ping gear. All were standard fittings and fitted with regular flex shafts. 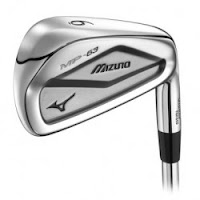 Beautifully crafted club that looks so good behind the ball. I was using the standard regular flex shaft and they felt a fraction lighter than my TM TP's. The short irons were gorgeous and flew great (not too high) and I was fine down to the 7 iron. After that, I'm afraid things went a bit off and I struggled with the longer irons. Not for me I'm afraid but definitely one for good strikers and those who can hit decent irons regularly. Be warned though, poor contact is punished and they aren't the most forgiving iron on the market. 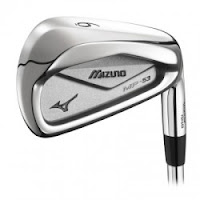 Much the same as the 63's. Again a stunning club at address and very easy to swing. A nice weight and the club didn't feel heavy at the top of the swing. For me, they gave a much better flight although fractionally higher than I'm use to but were very solid even on off centre shots. More so than the 63's. However these were another set that I really struggled to control the longer iron (particularly the 4 iron). I don't have an issue with my TP's but these really were inconsistant and the long irons in particular were either high slices or were flying very low (head high) even with what seemed to be a decent strike. A confidence shaker and for that reason would be another no. 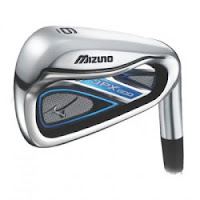 Much chunkier looking than the MP range but having come from TM Tour Burners and R9's these didn't look bad to my eye. The JPX was a very easy to hit club but the ball flight was rainbow like and not as powerful as I wanted. Ideal for anyone from high handicap down to 12 or 13 and very forgiving and surprisingly long. 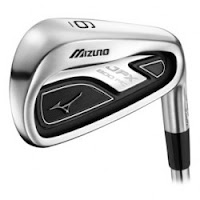 However the 800 Pro have snuck in under the radar. These were by far the best Mizuno's I tried and all the way up to the 4 iron these were giving a lower more penetrating flight and were long (about 5 yards per club past my TP's). I had the Dynalite Gold R300's in and these were great for my swing. These were the winner by a street and would in my opinion suit anyone from around 20 down to single figures as there is enough forgiveness for the higher figured guys and enough control and playability for those with the requisite skill.

However before I went there were the I15's to try again. I have to admit before these came out I had always given Ping a wide berth. The brand had suffered a lot from it's image of an older player club (probably borne from the 1980s) and to be honest they have always looked ungainly. This year they have launched the S56 for better players (ideal for single figures up to maybe early teens but not for me). the new S series wedges and the I series including a very good driver. However it is the irons that I have liked since their release and I have always hit them well. Yesterday was no exception.

They are so good to hit and the difference in feel between the Ping (cast head) and Mizuno (forged) was negligible. Although the JPX800 and 800 Pro were probably as forgiving if not a little more, the ball flight in the I15 is superb. Now don't get me wrong, my Taylormade TP's are excellent and they have helped my game leaps and bounds and I don't consider myself to be an impulsive type of guy. Have you ever had that feeling and you get that urge, that nagging voice, and you are constantly looking at the particular product on the internet with obsessive tendencies? That was me with the I15's. And the outcome? Well subject to giving a full set a proper test next week I've given into the lure of the shiny object. Will they take my game forward? I hope so but to be on the safe side the TP's aren't going anywhere soon.

And there you have it. I've gone over to the dark side of Ping. I did try the I15 driver as well but to be honest it wasn't for me. Will I change anything else in my bag? That's an interesting question. The G15 woods have received some very good reviews but the driver in particular would have to go a long way to beat the Tour Burner. I have to say my Burner 3 and 5 woods haven't been as consistent as I'd have hope so maybe, just maybe there is a vacancy there and a note to Santa might have to go in for Christmas. As for a hybrid, again it would have to be very good to replace the Burner I have. I've tried the S series wedges and don't like them as I find them too heavy. If I can find some different ones then I might have a think but again the TM ones, particularly the 52 degree wedge, are working well.

All in all an interesting and expensive but very enjoyable day and I hope rewarding one. Time will tell
at November 15, 2010